Posted on 25th November, by terpsi in blog. No Comments 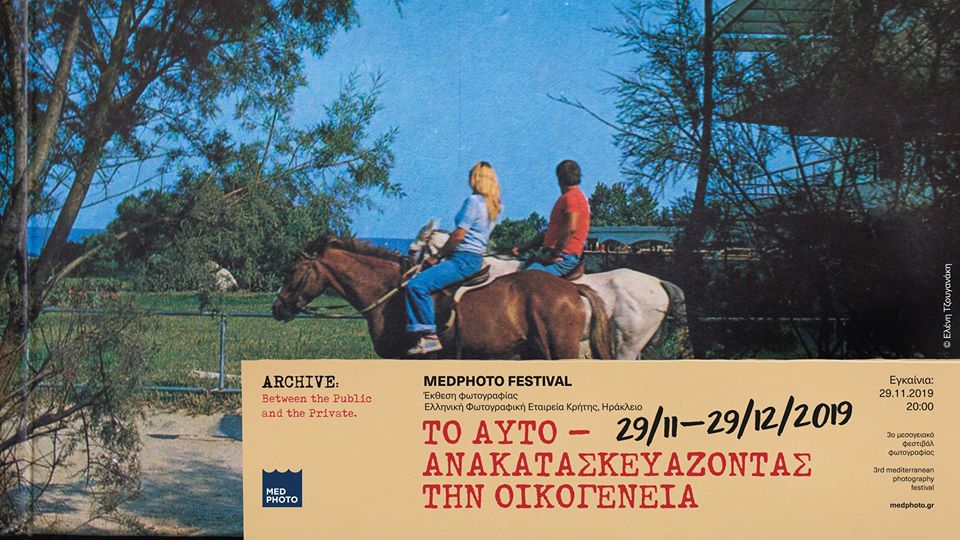 Glad to participate in this photo exhibition in Iraklio, Opening: 29.11.2019

The exhibition will take place at the exhibit hall of the Greek Photography Association of Crete (EFEK) in Iraklio. It will host Cretan photographers whose works deal with family albums and their multiple uses and interpretations. The exhibition will be co-organised by MedPhoto Festival and EFEK.

The dark. The unconscious. The primordial, the disorganized, the emotional. The inaccessible. The impulses, the passions, the unknown forces. The motivation, the instinct, the biological need.
This “Ιd” is one of the three components of the model for the structure of the human psychic organ according to Sigmund Freud’s theory. It is the first part, inherent in contrast to the Ego and the Super Ego, which are defined by social factors.

As Freud saw all human behavior motivated by impulses and instincts, which in turn are neurological representations of physical needs, “Id” is a key factor in shaping human personality.
According to Freud, the two basic instincts are Eros and Death. Eros, the motivating energy for preserving life and the seeking of pleasure, and Death, is our desire to escape reality, to reject it.
Family photo archives are representations of a life we had or would like to have. Other neat, preserved in albums, kept as treasures, other discarded, worn and torn. Gestures that indicate a desire to maintain memory, movements that indicate indifference or the need for forgetfulness.

Restoring archives and redefining them, form moves that open the door to publicity for something that has been private for years. They indicate the need to create a new identity, to produce a new memory.

So we go back to the past through the photographic archive looking at the frame that once shaped us, irritating subconscious aspects. Interference inside the archive and its replanting or its faithful preservation, may be linked to the dark, primordial, unconscious Id. The “Id” conflicts with the Super-ego, the impulses conflict with the moral values, creating clusters we are called to deconstruct.